THE LITTLE GIANT: On the morning of October 27,2018 Isaac Cortes was taken by Life Flight to Primary Children's Hospital where he was diagnosed with T-Cell Acute Lymphoblastic Leukemia. The oncology team jumped in to help care for him upon arrival. They took on the task facing 940,000 broken white blood cells. His body had a 25% survival rate. He had suffered a stroke which stopped all movement—his legs, arms, everything—and this included his voice. It was gone. He could not even move his lips. The leukemia hit Isaac like a brick wall. We as a family stood up, dusted off, and knew we had to start walking on this path. Together at Primary’s we would help Isaac. Isaac is loved by his family so much that they did what it took for him to learn to help himself. He loves them and they love him. 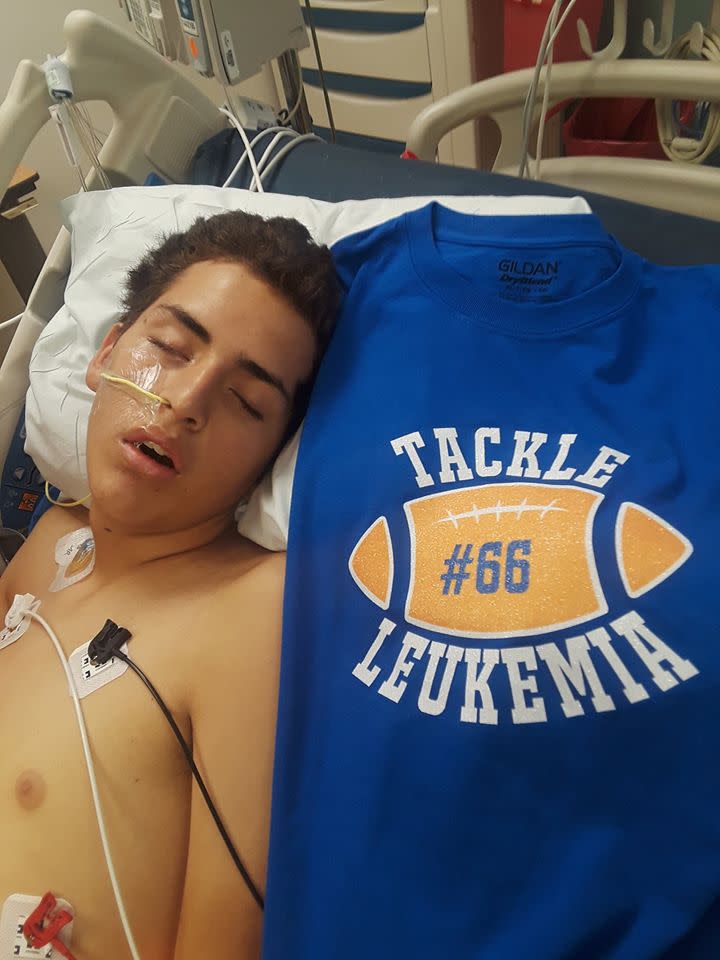 Team Isaac was created. Starting with his brothers, medical doctors and staff to family and friends. Isaac has always been a funny guy. The kind of guy that walks into a room and puts a smile on your face when you see him. Isaac loves music. To him, it was important to have music in his life all of the time, including at the hospital. Even when only his eyes moved, he would look at Primary's music department team as Katie came in each day. He listened. He was loving the sounds of the guitar, the piano, or the iPad. One day, he was able to lip sync. Weeks later, sound and eventually sing. Science heals the body. Prayer strengthens us along the way, but music heals the SOUL. We started music therapy just five days after arriving. We continued 2-3 times a week consistently until we were released from the hospital. 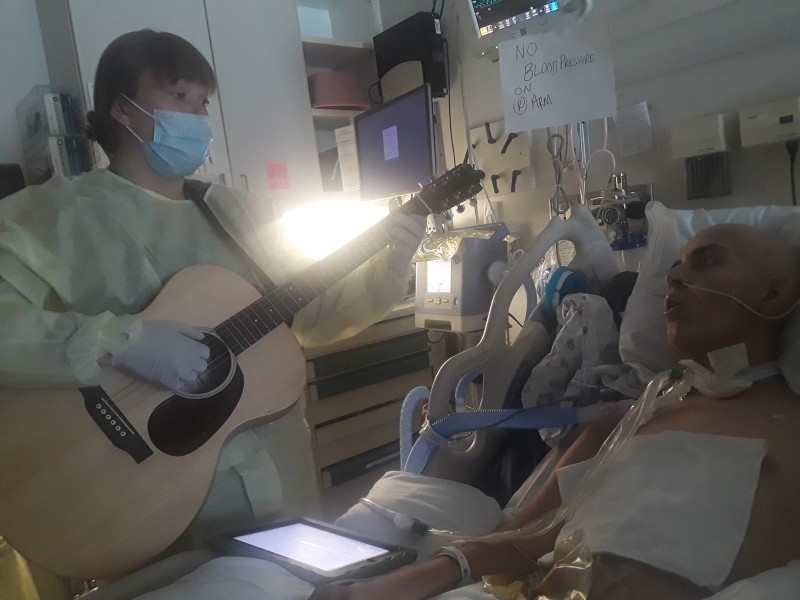 As a mother, it was great to see Isaac's reaction to the music. The sound of music was like air to the body for Isaac. The 14-year-old teenager would hear and feel the music. Isaac wrote a song once he regained his voice. He called it “Keep your chin up!” Music helped him in many ways as he fought for his life. We are so grateful that Primary's had music in the building.

He spent many days in ICU, then onto the cancer floor, surgery recovery, and finally to the Neuro-trauma Unit. Day 1 turned into day 2, 3, 40, 81,105,140,167,199, 230, and 245 when he walked out the front doors. He headed to physical therapy in St. George. Then returned to Primary Children's for 12 more days for a surgery and recovery. Total days Isaac was gone from home: 290 days. Isaac went from his body resetting and lying flat on a bed, to moving an eyebrow, to a twitch on a finger, to movement of his hands, to standing, to a wheelchair, then to walking with a walker. Soon it will be just a cane. 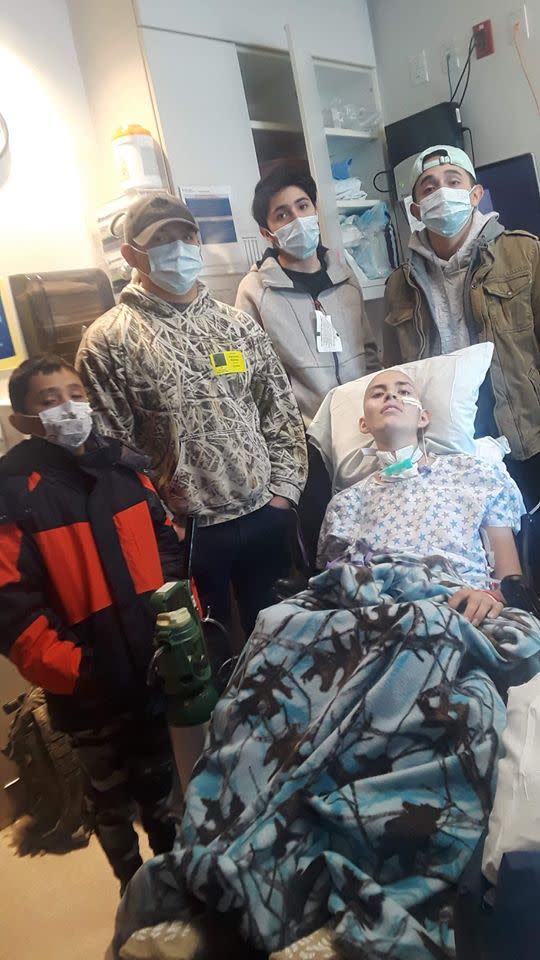 After many surgeries, tests, chemo, radiation, massive hours of physical therapy, occupational therapy, speech, music, and day after day of TEAM SUPPORT. The day Isaac exited the hospital was at 245 days. Isaac was surrounded by people who loved him. This included friends, family, and doctors, nurses, techs, music therapy team, respiratory, custodial staff and many other staff that could step away. There were many people who drove in on their day off to see Isaac take those steps out the front door. This had been a fight unlike any other against cancer. And on this day as we watched a walking miracle exit the building. We were so happy for him. We looked back at the hospital and knew that we made it. Where some don’t make it. We SURVIVED. Isaac was able to leave the hospital with his brothers (the strongest group of boys that could ever be) and mom (the sidekick). Isaac did lead the way as we prayed for him, he showed strength. His desire to live and defeat the cancer comes from how much love everyone has for him and he matches that by giving hugs, smiles, hope, and humor to others. This world is indeed a better place to live in because of Isaac. He says, "Don’t ever lose your HUMOR. Ever.” 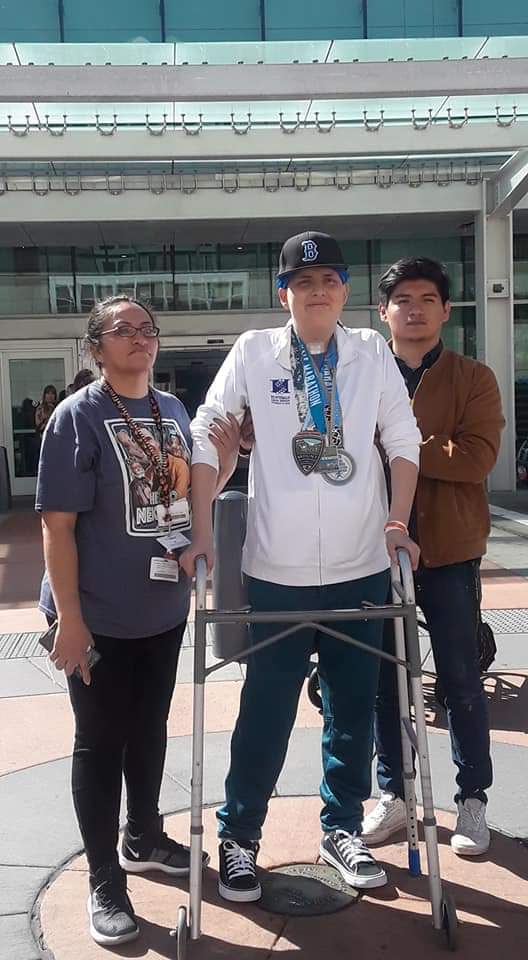 Isaac will continue with chemo until 2022. One step at a time and one day at a time. Isaac we are proud of you. WE LOVE YOU. THANK YOU FOR YOUR COURAGE AND EXAMPLE OF STRENGTH TO MANY. YOU ARE AN AMAZING YOUNG MAN. A WALKING MIRACLE.

We are truly grateful to all the staff, including doctors, nurses, all the people from X-rays, MRI’s, respiratory, music, and many departments from many floors. We TEAM ISAAC THANK YOU. It took an army to help Isaac recover. And seconds before he walked out of the hospital, he sat on the side with friends and family…yup, you guessed it, listening to music.

Learn how our cancer services can help your child here.