Hallie’s journey started when I was 16 weeks pregnant. We went to the OB for an early gender check so that we could tell our parents for Christmas. Instead of walking out of that appointment discussing how to tell our families, I walked out trying to hold back tears. What should have been a quick peek at our baby turned into an appointment that diagnosed her with gastroschisis. Gastroschisis is a birth defect that occurs before the baby is born. There is an opening in the baby’s abdominal wall and the baby’s bowels push through the hole and develop outside of the baby. Our local hospital had a level four NICU to support her, but it lacked a doctor that could take care of her. We were referred to Primary Children’s Hospital. 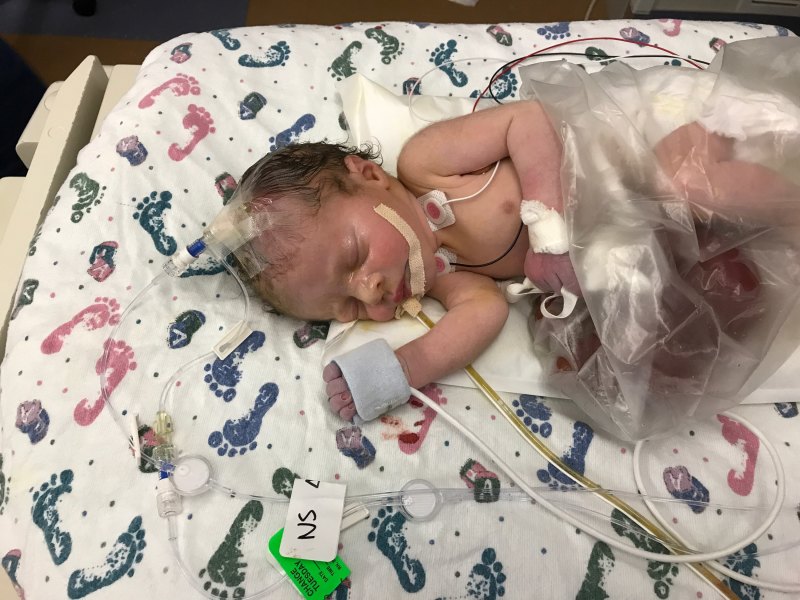 Two days before Hallie’s scheduled induction date, I had an appointment at the University of Utah Hospital to check on Hallie. The results were not good, and Hallie came two days early. Immediately after Hallie was born, she was prepped for transport to Primary Children’s. The first time I saw her she had an IV in her head, a tube down her throat, and her bowels in a bag, in addition to oxygen and heart monitors. After a few minutes, she left to start her journey at Primary Children’s NICU. Once there, her IV was removed from her head and she got a PICC line instead. Her bowels were put in a silo so that they could go back into her body on their own. The tube down her throat (an Anderson tube) was still there. This suctioned everything out of her stomach because her bowels weren’t working.

The doctors told us it would take up to two weeks for Hallie’s bowels to go back in, and once they did, she would go back to surgery to close the hole in her abdomen. Hallie went into that second surgery five days after she was born. The surgeon was phenomenal. The entire staff was kind and friendly. They explained things to us and made sure we understood what decisions were being made and why they were being made.

After Hallie’s surgery, we got to hold her for the first time, but she couldn’t go home yet. We had to wait for her bowels to wake up. The doctors told us this would take an average of 6 weeks minimum. Once her bowels starting working she would be able to slowly start eating until she was up to a full feeding amount. The timeframe for getting up to a full feed was completely dependent on Hallie. So we settled in for the long haul. We grew close to the nurses taking care of Hallie. We spent long days at the hospital just holding our baby and waiting for something to happen.

Three weeks later we had gone home for the evening when our nurse texted us. Hallie’s bowels had started working! During rotations the next morning the doctors didn’t mention this. We brought it up and they double checked and cleared Hallie to start eating that day. They took her Anderson tube out and Hallie started out with half a milliliter of milk per feeding. Each day, the doctors increased her milk intake until she was up to a full feed at the end of the week. We were all expecting setbacks, but they never came, and Hallie was cleared to go home four weeks after she arrived in the NICU.

Unfortunately, she had some setbacks after she got home. Hallie started throwing up shortly after we got home and the frequency increased dramatically over the next month. The week before Hallie’s follow up appointment at Primary Children’s she was at the doctor’s office three times and she ended up in the emergency room the night before. The emergency room doctors were going to send us back to Primary Children’s Hospital if we hadn’t already had an appointment.

Our follow up appointment was with Hallie’s surgeon. He listened to Hallie’s symptoms and said it sounded like part of her bowel was not fully awake and functioning. This backed everything up and made her vomit. He ordered an upper GI to confirm this is what was happening. Hallie was admitted to the hospital after the upper GI and was not allowed to eat for 24 hours. This gave her bowels a break from food and allowed them to wake up. Since then, she has had no complications related to her birth defect. The staff and Primary Children’s was amazing and so supportive during our stay and we are still good friends with one of Hallie’s nurses. 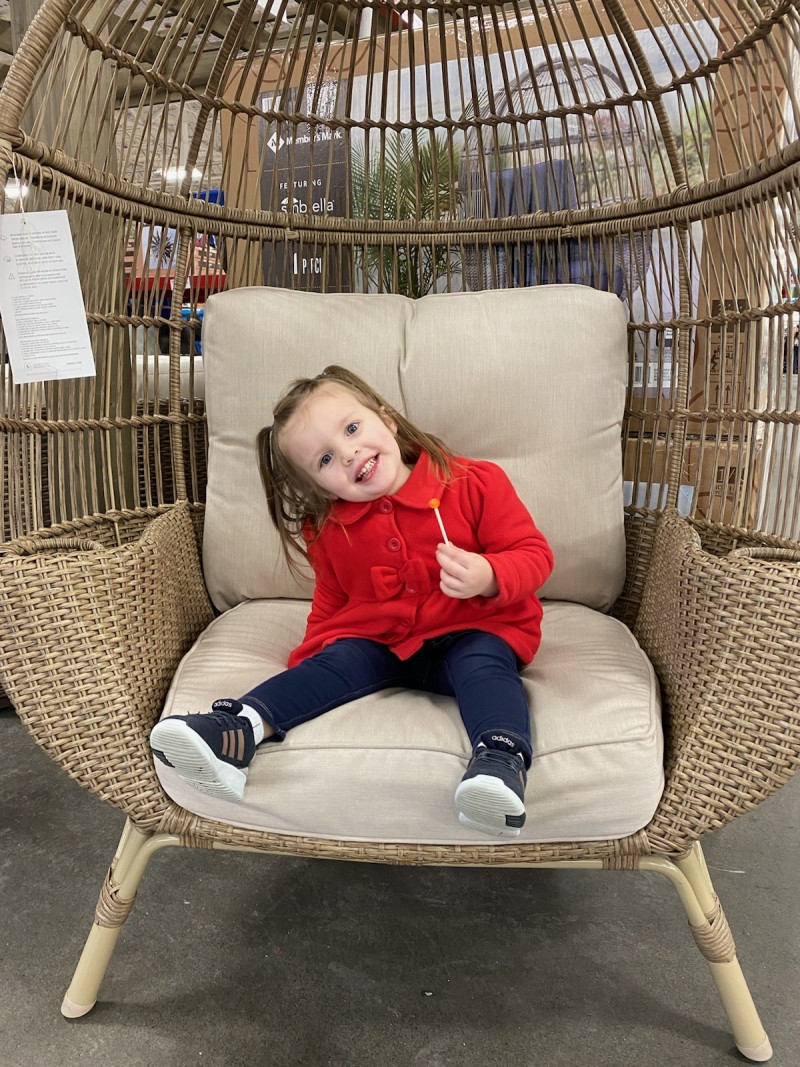 Learn how our fetal center services can help your child here.

Learn how our NICU services can help your child here.