We went into our twenty-week ultrasound with a plan. My husband would find out if we were having a boy or a girl but then he would keep it secret until when the baby came into the world. We left the doctor’s office that day with me insisting on knowing the gender of our baby because I was not sure how long we would get to have the baby. Three simple letters destroyed our plans, C-D-H, which stands for congenital diaphragmatic hernia. The doctor explained that our sweet baby’s diaphragm didn’t form completely and without a complete diaphragm, the organs that are typically in the abdominal cavity can move up into the thoracic cavity. This, in turn, can impact lung development. There was a time that I felt like I had to disconnect from the baby, because I couldn’t survive what was coming if I held onto the love that I felt for our sweet baby. That didn’t last long though and I quickly resolved that I would give every ounce of love I could to our boy while he was inside of me so that he knew how loved he was and that he was wanted ever so much.

We were referred to a hospital in a bigger city, where our baby could be taken care of at birth, but this hospital didn’t have an ECMO machine. This tool can do the work of the heart/lungs in the case of a really sick baby. After thinking, and most of all praying, we decided we wanted to have our baby in Utah so that he could have the choice of going on ECMO, if it came to that. We were told at our 27-week consultation that our son had a 25-50% chance of survival, that he had 21% of lung development at that gestational age and there was a 70-80% chance of requiring ECMO. We were also told that because of additional complications that I was facing, we needed to be relocated to Utah earlier than we had previously thought. This had to be done by the next appointment, which was in three weeks.

The move was so hard but it was what we knew we had to do for our boy. Over the next six weeks we tried to go on with our lives the best we could, even though we were facing such an uncertain future. We made trips to the Fetal Center at Primary Children’s Hospital and got to see our sweet boy on ultrasounds, which was bittersweet. Most people are so ready to have the baby by the time they are at the end of pregnancy. I wanted to stay pregnant for as long as I could because he was safe inside of me. He didn’t have to use his lungs and was not going to have to struggle just to breathe. I was admitted to the hospital several days before his scheduled arrival because of the additional complications that had brought me to Utah so far in advance. Luckily, we were able to let our baby develop until the scheduled delivery date, and the doctors were able to move forward with the planned c-section.

Our baby was born at the end of July and I have heard he was intubated at six minutes old. He went through a honeymoon period right after birth but he really started really struggling, so they made the decision to take him to Primary Children’s Hospital from the University of Utah Hospital the same day he was born. He was very close to going on ECMO but miraculously was able to avoid it. He responded well to a different ventilator and he began to stabilize. He had his hernia repair surgery at two days old. He had to have a chest tube as well. Because of swelling, his abdomen was closed up five days after that.

He had several complications and setbacks, which I’m told is par for the course in a NICU stay. He had to fight through more in the first few weeks of life than many of us have to deal with in a lifetime. Because of the chest tube and ventilator, we had to wait 19 days to hold our son. He didn’t take a bottle until almost two months old and the next several months were rough for him to gain the endurance to be able to drink from a bottle instead of being fed through a feeding tube. He had to fight through withdrawal within the first two months of life. Many of the milestones were celebrated with Rylyn are situations where I had taken these things for granted with my other children. Simple tasks like wearing clothes for the first time or being wire free seemed like monumental accomplishments for our little guy.

The nurses, the doctors and all of the support staff were incredible. Not only did the staff assist with the baby, but our four other children were able to see their brother and visit. There were things for the children to do while we spent time with their baby brother.

We were able to take our baby home after 79 days in the hospital. We had to learn to use and re-insert the feeding tube and how to administer oxygen and other medications. We had to follow a strict feeding schedule. There were doctor’s appointments and follow-ups, and everything felt very overwhelming but we were overjoyed to be home so we just took it a day at a time. After a NICU stay, that becomes an easy way to handle life, day by day. Sometimes even minute by minute.

This is a story of incredible sorrow and hardship, definitely the hardest trial that I have ever been through. It is also a story of incredible strength and blessings. As we had to spend that much time in the NICU, we become acutely aware of the mortality that exists but we were also able to see some of the greatest acts of strength and heroism. From the babies, the parents and the staff.  I’ve never witnessed more resiliency, from those precious babies that are fighting for their lives, some right until the end. 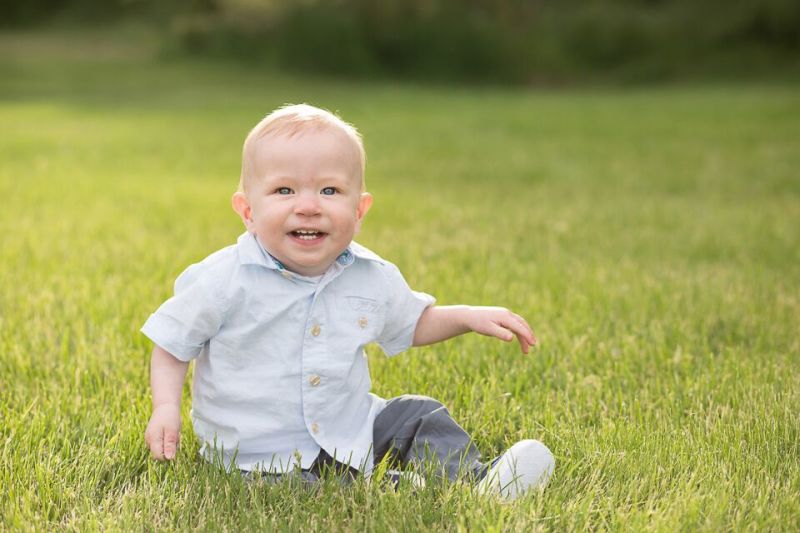 I feel so blessed that my hero was able to grow inside of me. Rylyn has taught me so many things in his short life so far. That there is hope, even when the odds seem stacked against you. He is now a year and a half old and if a person didn’t know, you could not tell that he had such a rough start to his life. He is active, smart, sassy and stubborn, but we wouldn’t change that for anything. His stubbornness, along with the assistance from the doctors, nurses, and other staff, helped him make it through his trials. We will forever be grateful to every person at Primary Children’s that had an impact on our Rylyn and making this chapter of his story better than we could have ever imagined.

Learn how our fetal center services can help your child here.

Learn how our NICU services can help your child here.