Hailee was six years old at the time of her bike accident. She was coasting to a stop on her bike to grab her helmet and the handlebars turned just right and flipped her onto her head. We were camping in Portage, Utah so the nearest ER was the Tremonton Hospital. At first, we thought we were just treating a possible broken hand. I hadn’t even realized she hit her head and she didn’t say anything either. I noticed some blood in her hair and discovered the point of impact. They quickly gave her a CT scan. Within minutes of the results, the doctors came in advising Hailee had a severe traumatic brain injury and said there was a lot of bleeding and she needed to go to Primary Children’s Hospital. The injury was so severe she was life flighted in a helicopter and I was informed she may not survive the flight. 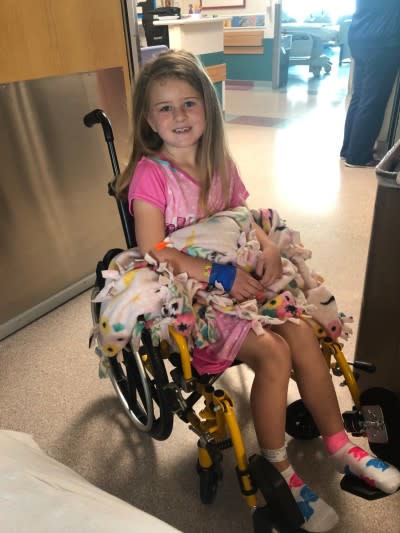 The moment we landed at the hospital they had a huge team waiting to save my daughter. I was so overwhelmed with everything but they had a social worker right there to guide me and give me information so the doctors could focus on Hailee. That meant the world to me as a scared and terrified parent. 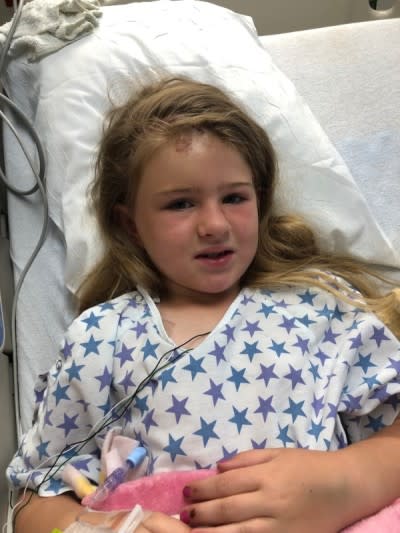 As we approached the trauma room, there were multiple teams of specialized doctors to make sure Hailee got the best care in every area she needed. It was so calming and reassuring to me as her mom to know that she was in the absolute best hospital and had the best doctors working on her.

She had an emergency craniotomy to take care of the epidural hematoma. Every team made sure they spoke with me and answered my questions before taking her back. The rest of our stay we had so many nurses and doctors that visited Hailee multiple times to check on her and answer any questions or concerns. I felt so confident in the care we received and that it would lead to the best recovery possible.

Six months later, Hailee has been completely cleared for activity and will remain a surviving TBI patient. The key word is she’s a survivor. I know that things probably would’ve turned out different for us if we weren’t able to get her to Primary Children’s Hospital. We received the best care anyone could hope for in our situation and I will forever be so grateful to the doctors and staff that saved Hailee’s life.

Learn how our brain & spine services can help your child here.